Rehearsal venues are arranged individually with each ensemble and the Camp Director following registration. Options include private home, public venue, or coaching studio.

Already formed groups are welcome or we will match you up with an appropriate group.

For players wishing to be placed in a group, please send a brief recording by Oct. 31.

Only the application fee ($25) is due with your registration form. You will be billed for tuition upon acceptance.

$320 Early Bird Tuition* (If application is received by October 31)

*Does not include $25 non-refundable application fee

All Coached Rehearsals are 90 minutes.

Welcome to the 2023 Music Northwest Adult Chamber Music Camp! Those of you who have attended in past years know how much fun we have at our Camp and the high level of music making that develops over just a few days of rehearsals and coaching. If you are new to our Camp, we’d love to have you join us. Come with a group, or on your own and we will try to match you up!

Jane Harty, pianist, is the Artistic Director of Music Northwest. She holds a Doctor of Musical Arts degree from the University of Southern California and directs the highly acclaimed Music Northwest Concert Series. Her teachers included Blanche Bascourret de Gueraldi, a student of Cortot; Joanna Graudan, a student of Schnabel; and Nadia Boulanger. Her decades of university graduates are teachers and performers throughout the United States.

Mara Finkelstein studied cello at the Gnessin College of Music and the Tchaikovsky Conservatory in Moscow, Russia. She moved to the United States in 1989. An active freelance musician, she has performed with the Seattle Symphony, Seattle Opera, Cornish Chamber Series, Northwest Sinfonietta Chamber Orchestra, Federal Way Philharmonic Orchestra, Fear No Music 20th Century Ensemble and Seattle International Music Festival. She is very dedicated to a large class of private students.

Joseph Gottesman is Director of Chamber Music Studies at the Seattle Conservatory of Music. His performing career has taken him to a wide variety of settings. He has toured most of the United States, as well as Central America and the Far East. In 2006 he was chosen as the viola soloist for Lincoln Center’s production of Bernarda Alba and performed as violist for the Broadway productions of Aida, Bombay Dreams, 110 in the Shade, as well as the national company of Phantom of the Opera.   Mr. Gottesman served as Professor of Viola at Western Washington University, where he also coached chamber music and conducted performances of the WWU Chamber and Symphony Orchestras.

Rose Johnson, flutist, received her Bachelor of Arts degree in Instrumental Music Performance from Northern Arizona University and her Master of Music degree from the University of Washington. Rose is a member of Compass Winds, the Ladies’ Quintessential Quintet, Shepherd’s Road Duo, acts as Principal Flute of the Ensign Symphony and, formerly, Northwest Symphony Orchestra, collaborates on a variety of ensemble work throughout the U.S., and has been a member of the National Flute Association’s Professional Flute Choir in 2008, and 2010-2019. As a flute instructor, coach and adjudicator, Rose maintains a private studio, has worked with student flute choirs and has coached with the Seattle Youth Symphony’s Summer Music program, the Evergreen Philharmonic and the Eastside Youth Concert Band.

Miriam Shames, cellist, earned a BA in Literature from Yale University and a Masters degree in Cello Performance from Juilliard and spent the following 12 years working in arts administration, including 5 years as Director of the Piatigorsky Foundation.  She has served as Principal cellist of Philharmonia Northwest, Assistant Principal of the Tacoma Symphony, and has played with Pacific Northwest Ballet,  and the Northwest Sinfonietta. Currently, Miriam maintains a busy private teaching studio and is director of Carlsen Cello Foundation, a non profit that loans fine cellos to deserving and talented students who cannot afford their own instrument. 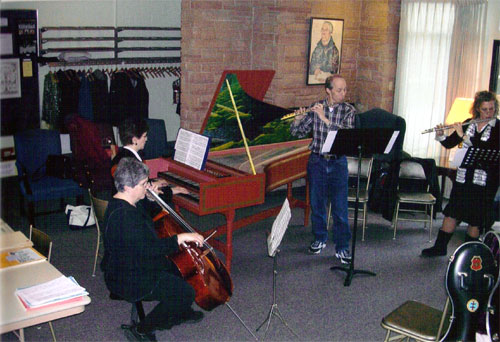 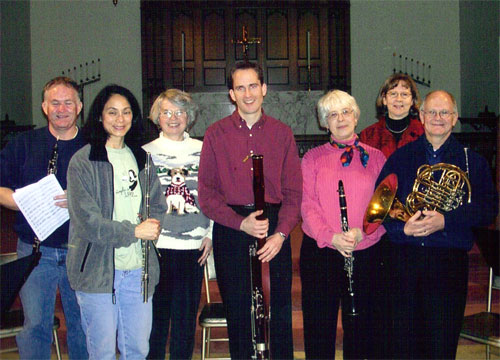